My keyboard doesn't want me to stop.
My piano is still playing...
The Moon is high up in the sky and she knows the reason I soley should keep a secret.
So I'm asking you: 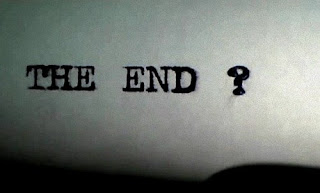 Fingers All Over My Piano

The sweet melody that's running through my veins. No, it's not the blood's song nor my soul's pleading.
The past that pressed the keyboard of the old piano...
The flame that consumes me inside-out...
The thoughts that never crossed my mind are now putting me through Hell. Of water. Of silence. Of unspoken words. Is there really no end? No end to this suffering? No end to this crying? No end at all?! When will I stop looking behind and start seeing that the present me is the weak spectrum of the future me? Of the stronger me? Of the soulless me?
And sometimes, I wish I had a sponge and wipe off all the dust from the blackboard of my heart...


I'm strong. I know I am. I can feel it inside of me, that power of letting go. But I have to work hard in order not to regret what I do. 'Coz I shouldn't even blink when I'm turning my back, show my middle finger and step inside the rain of ashes. I will be strong...


And it smells off burned bodies. And I look behind. All that darkness that follows me doesn't allow me to see it. The wrong I did, the bad I left, the things that remained behind me-all scattered and broken by time.
Time...please speak to me in this endless void that covers my sleepless eyes. Please tell me that I was right...that I will never look back and regret letting go.


And the piano plays one last melody as the lines appear on the white sheet of paper. everything is written from the heart.

Chapter 31(The End). Epilogue About Him And Her

Life always goes on. Even if we don’t want to, we still, somehow, end up moving forward.
Moving on doesn’t mean forgetting. No. It means to honor the memory of the others, but at the same time to visualize your own dream, even though they were long forgotten. That’s moving on. And that’s exactly what Choi Seung Hyun, pilot at Kirin Airlines did for the past five years that came and went like days and nights.
The sun’s rays went through th clean window and landed on his face, disturbing his peaceful sleep. He smiled at the warmth and covered his eyes with the back of his right hand. He was asking for just a minute or two of sleep…but then the alarm clock began ringing.
“I understand! I understand,”he mumbled as he threw the blanket off of him and stood from his bed. His hair was a mess and his face had that sweetness of the sleep. He went to the bathroom with heavy steps, only to follow the same rutine once again. It was the same since five years ago:waking up at 7 o’clock sharp, taking a shower and brushing his teeth, eating breakfast while listening to the meteo broadcast, leaving the apartment at 8 o’clock sharp. Nothing different, nothing new, nothing difficult.
That morning was no different from the others. Only what followed…
***
Seung Hyun’s POV
I took my schedule from the secretary and left to take my bag from the loker room. This flight was going to be superb! Australiawas beautiful in this period of the year. It was summer and the sun was just right for tanning.
“This is captain Choi speaking. Thank you for choosing Kiring Airline! We’re going to take off in few minutes. The temperature now is -5°C. The temperature in Sydney will be 20°C, so I hope you packed some warm clothes. Enjoy your trip!”
I ended my speech and closed down the mic.
“Ready for taking off, co-captain Jang?”
Hyun Seung nodded and I pushed up the lever.
~*~
I went for a walk through the park. The weather was so nice that I could not bear to stay put inside the hotel room! So I took my sun glasses and left the room. At the hotel’s entrance, I noticed a group of stewardesses that was following a short pilot. I smiled to myself…
“Excuse me!”the short pilot said. “I think this are yours…”
The voice…